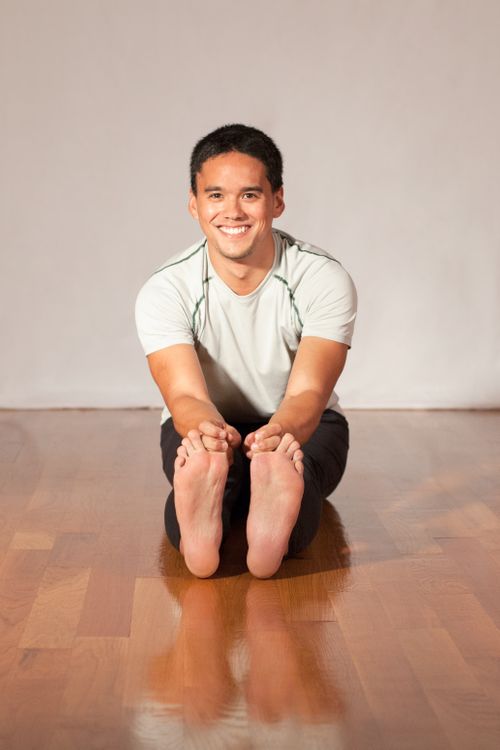 Chris was introduced to yoga as an off-season, cross-training exercise with his collegiate lacrosse team. As someone who loved to stretch after every workout, he did not appreciate that his teammates never took it seriously. He went back to the studio without them to learn more and made yoga a part of his daily routine. His yoga practice began purely as a physical exercise, never exploring the mental aspect and never knowing it even existed. After graduating and moving to Boston, Chris broadened his yoga experience after studying under yoga instructors Ame Wren, Brenna Matthews, Joanna Benevides, Kevin Courtney and Josh Summers at the Boston Yoga School. He latched onto the slower practices, such as Yin and Restorative yoga, finding a deeper appreciation for self-care and mindfulness. Chris became a 200 hour RYT with the Boston Yoga School in 2015 and since then yoga has become a much deeper connection between the mind and body.

Throughout your experience in his class, you'll witness how Chris highlights the importance of creating a "less is more" atmosphere. The agenda is to move into passive, but intense, floor based poses while pushing yourself to your boundary, or edge, of your natural range of motion. You will learn to quiet your mind and connect deeper with your body in order to completely reset for your next challenge.